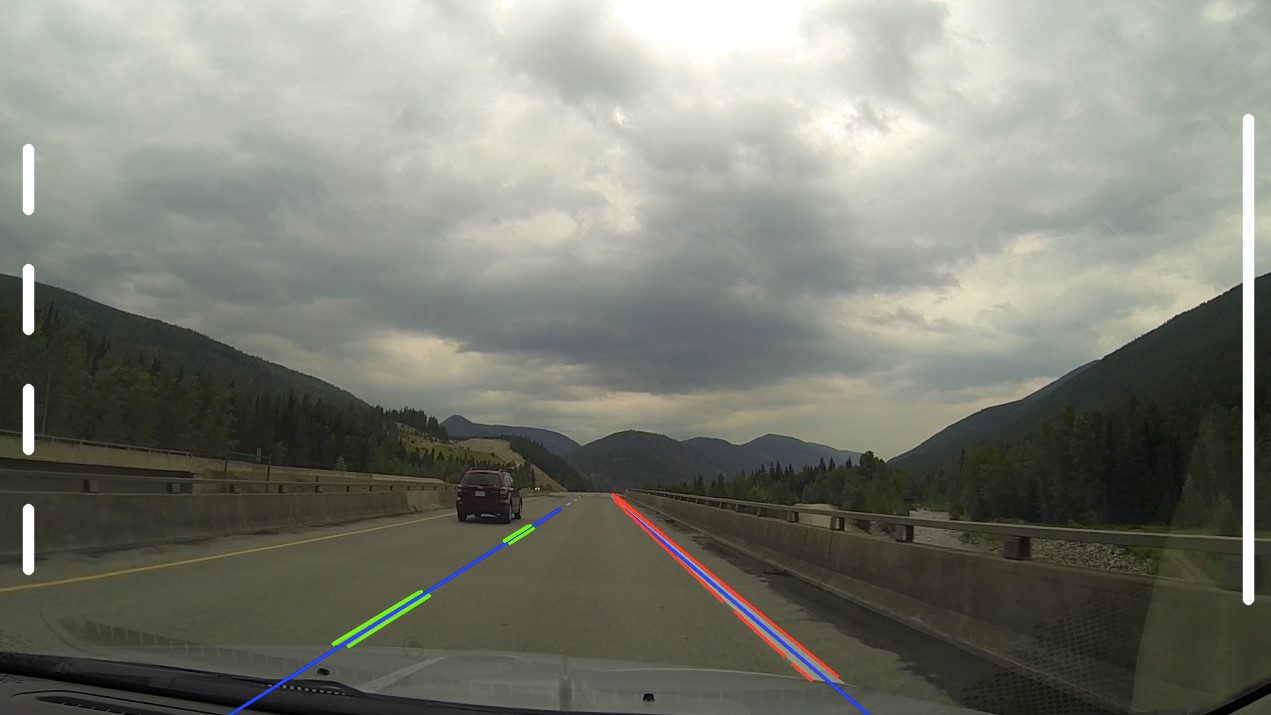 In this project, we detect lane markers in videos taken with dashboard camera.