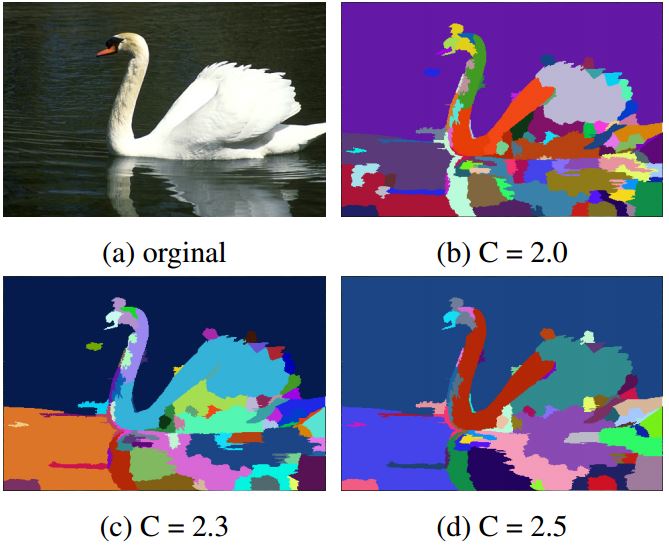 Abstract.Â The goal of our work is to create a robust object segmentationÂ method which is based on superpixels and will beÂ able to run in real-time applications.

The SLIC algorithm proposed by Achanta et al. [1] is aÂ superpixel segmentation algorithm based on k-means clustering, which efficiently generates superpixels. It seemsÂ to be a good trade-off between the time consumption andÂ robustness. Important advancement towards the real timeÂ applications using superpixels has been proposed by theÂ authors of the gSLIC – a modified SLIC implementationÂ on the GPU (Graphics Processing Unit) [2].

In this paper, we present a significant accelerationÂ of this superpixel segmentation algorithm gSLIC implemented for the GPU. A different strategy of the implementationÂ on the GPU speeds up the calculation time twiceÂ and more over the presented GPU implementation. This implementation can work in real-time even for high resolutionÂ images. We also present our method for mergingÂ of similar superpixels. This method uses an adaptive decision procedure for merging of superpixels. AcceleratedÂ gSLIC is the first part of this proposed object segmentationÂ method.