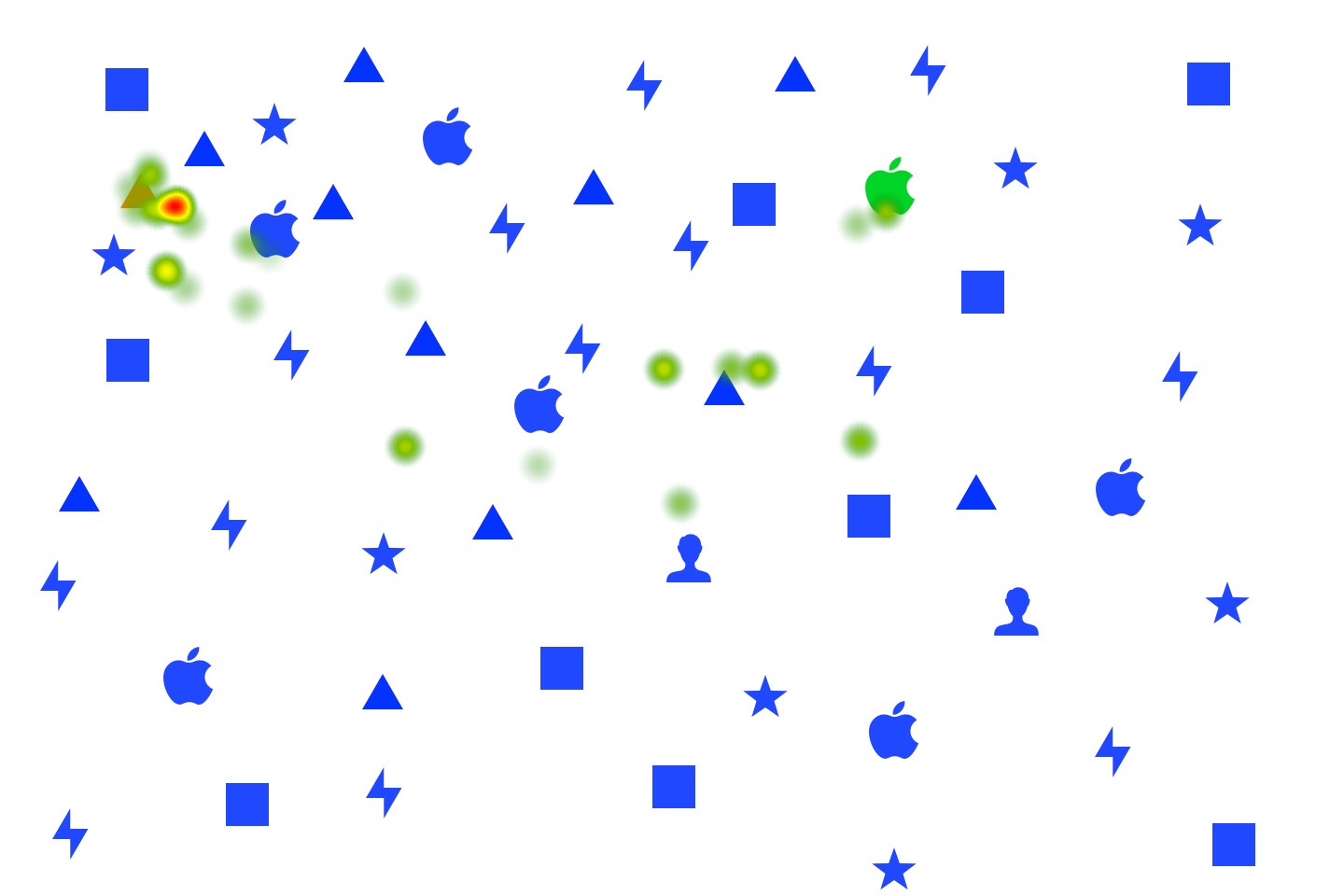 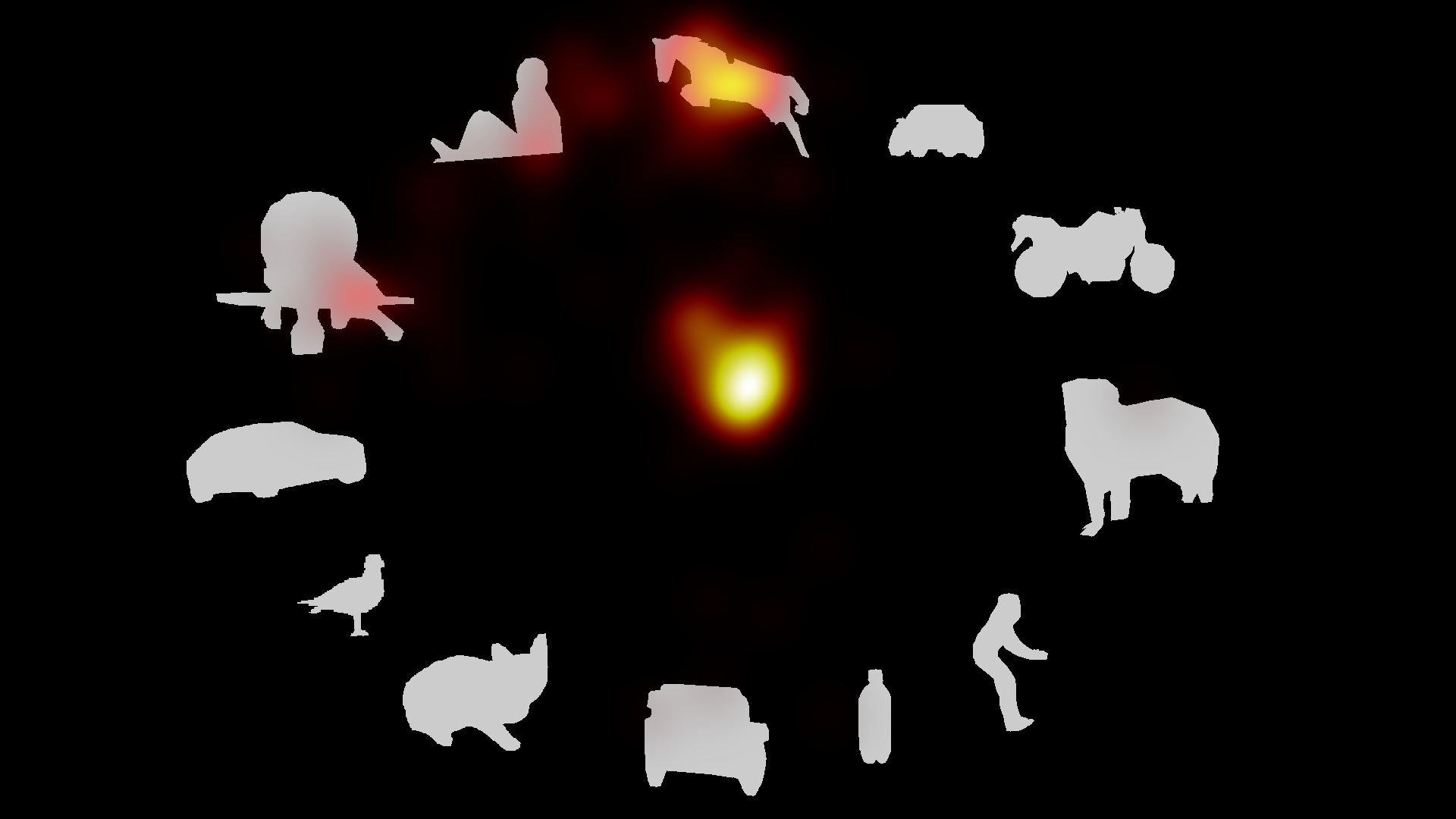 Abstract. Computational models predicting stimulus-driven human visual attention usually incorporate simple visual features, such as intensity, color and orientation. However, saliency of shapes and their contour segments influence attention too. Therefore, we built 30 own shape saliency models based on existing shape representation and matching techniques and compared them with 5 existing saliency methods. Since available fixation datasets were usually recorded on natural scenes where various factors of attention are present, we performed a novel eye-tracking experiment that primarily focuses on shape and contour saliency. Fixations from 47 participants who looked at silhouettes of abstract and realworld objects were used to evaluate the accuracy of proposed saliency models and investigate which shape properties are most attentive. The results showed that visual attention integrates local contour saliency, saliency of global shape features and shape dissimilarities. Fixation data also showed that intensity and orientation contrasts play an important role in shape perception. We found that humans tend to fixate first irregular geometrical shapes and objects whose similarity to a circle is different from other objects. 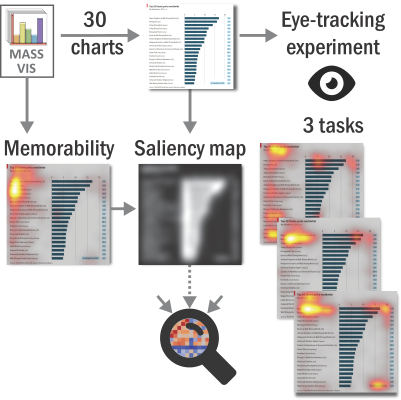 Abstract. Memory, visual attention and perception play a critical role in the design of visualizations. The way users observe a visualization is affected by salient stimuli in a scene as well as by domain knowledge, interest, and the task. While recent saliency models manage to predict the usersâ€™ visual attention in visualizations during exploratory analysis, there is little evidence how much influence bottom-up saliency has on task-based visual analysis. Therefore, we performed an eye-tracking study with 47 users to determine the usersâ€™ path of attention when solving three low-level analytical tasks using 30 different charts from the MASSVIS database. We also compared our task-based eye tracking data to the data from the original memorability experiment by Borkin et al.. We found that solving a task leads to more consistent viewing patterns compared to exploratory visual analysis. However, bottom-up saliency of a visualization has negligible influence on usersâ€™ fixations and task efficiency when performing a low-level analytical task. Also, the efficiency of visual search for an extreme target data point is barely influenced by the targetâ€™s bottom-up saliency. Therefore, we conclude that bottom-up saliency models tailored towards information visualization are not suitable for predicting visual attention when performing task-based visual analysis. We discuss potential reasons and suggest extensions to visual attention models to better account for task-based visual analysis.Â